The emotional impact of dismissal on the adult PDA community

- 05 March
The adult PDA community is bombarded with dismissal from multiple directions: 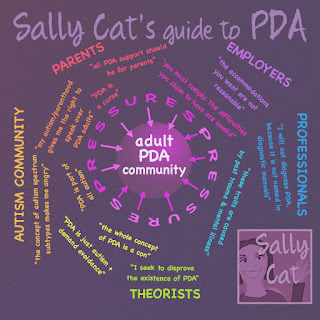 What is the emotional impact of being treated, almost universally, as if we don't exist and/or have no right to opinions about our own neurotype?

I cannot answer this question decisively, because no formal research has been carried out, but I can provide an informed response based on personal experience; my communication with fellow members of the adult PDA community; and my peer research (the validity of which is discussed in LINK).

RSD
RSD (rejection sensitive dysphoria) entails extreme and debilitating sensitivty to perceived rejection, which as experienced is physical pain. RSD has been thought of as a specifically ADHD trait, but evidence suggests it is experienced by other neurodivergent people, certainly including PDAers. 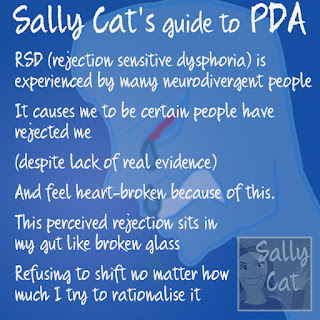 A noticeable number of adult PDAers I've conversed with have said they are affected by extreme rejection sensitivity. Being told that we, as individuals or as an entire neurogroup, do not count and that our opinions are worth nothing enhances our latent rejection sensitivity. Those of us who are prone to RSD cannot just ignore criticism and dismissal. It will always sting deeply, no matter how tough we wish ourselves to be.

Imposter syndrome
Imposter syndrome is a deep anxiety rooted in feelings of being "incompetent and having deceived others of one’s abilities" (Matise 2012). Although most commonly associated with people in successful careers, the syndrome also affects people with invisible differences (link). Undiagnosed adult PDAers frequently confess to feeling fraudulant in their self-diagnoses. "I might be mistaken," they admit, "in identifying with PDA. All my traits could be explained by other conditions, but I'm not sure what else fits." 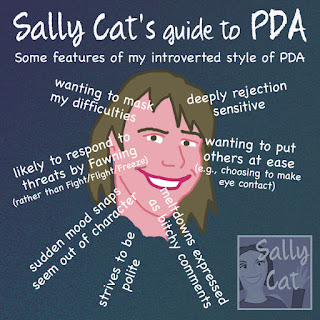 Many fellow PDAers, myself included, say threat triggers them to fawn. Fawning can be understood as people-pleasing. The dark side of fawning is that it causes us to feel unworthy, feeding into imposter syndrome.
Like fight, flight and freeze, fawning is a threat response, and is associated with trauma survival. According to this article, the term was coined by Peter Walker “a C-PTSD survivor and licensed marriage and family therapist who specializes in helping adults who were traumatized in childhood”
The heightened anxiety and drive to escape demands that comes naturally with the PDA neurotype mimics the long-term psychological impact of trauma survival. Events that might scarce impact other neurotypes, can be highly traumatic for us.
Fawning causes us to believe other people’s needs take priority over own. This leaves us vulnerable to emotional abuse. We are prone to low self-esteem and struggle to speak up for our needs.
On a personal level, I spent most of my life with pretty much zero self-esteem. I sought whatever counselling I could access on a low income (my demand avoidance has rendered me incapable of earning a living wage), and would introduce myself to new counsellors saying, “I don’t really have any real problems, I’m not sure should really be here. I don’t want to waste your time.”
In this light, telling certain adult PDAers that we don't count and have no right to be heard will encourage the dire lack of self-esteem and helplessness inherent with the fawn response.

Pathological demand avoidance
Let us not forget our eponymous pathological demand avoidance. I have noticed in myself that ways out of things; reasons to give up, feed my PDA avoidance like kiln-dried wood cast into a fire. My innate avoidance-drive operates on a pre-conscious emotional level. It makes me desperate to avoid things by making them feel abhorrent. Derogatory words spoken against potential tasks are grabbed and amplified by my avoidance-drive to encourage me to stay the f••k away.
Telling PDAers that we are mistaken about our neurotype-identity; that PDA either doesn't exist, or doesn't match us, therefore empowers our inner demand avoider monsters to convince us to give up believing we are PDA.

Freedom-fighter mode activated
Happily, the emotional impact on PDAers of being unilaterally dismissed is not all negative. PDAers very commonly report being driven to fight on behalf of the downtrodden. Efforts to repress the adult PDA community therefore activate the PDAer firce protector-mode.

This, in fact, lay behind our joint decision to found Free PDA. 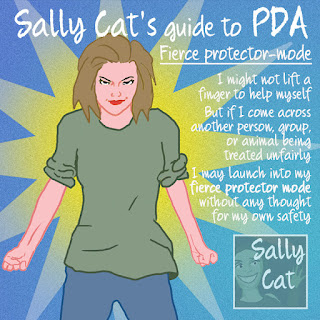 Watch out PDA critics: we're up in arms and feisty!

Popular posts from this blog

Signs of PDA in infancy 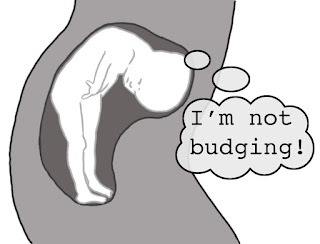 Quotes provided by members of the Free PDA Facebook group Pre-birth PDA Sharron Maddison: My son stretched out a lot in the womb, it was extremely painful. He broke his waters at 32 weeks and the doctors joked that he was a stroppy little monkey. He went into distress during the birth at 36 weeks, things were taking a turn for the worst. As soon as he was born he was absolutely fine. The doctor commented about his impatience and said you're going to know you've got that one! Never a truer word spoken Christine: Well ... He wouldn't come out for a start. After that he was the most placid baby I've ever met. Hit milestones, though we always wondered should he cry more?! I think I counted 12 weeks with no crying. He was like an angel! This was all during first yr I'm talking about Louise: My waters broke a few weeks early, (probably due to loose connective tissues), and I went into hospital for observations to ensure there were no infections, and every time a monitor w
Read more

The trend towards autistic fascism

I’m aware that this article will likely incite outrage in some (how very dare anyone, even if they’re autistic themselves, ever be critical of any autistic people?) and – maybe – be received as a blessed relief by others who have been burned by the angry judgement of some autistic people. These judgemental autistic people are the ones I feel the need to write about here. Before we carry on, here are a few quick definitions for reference: Ableism: according to Access Living , “is the discrimination of and social prejudice against people with disabilities based on the belief that typical abilities are superior. At its heart, ableism is rooted in the assumption that disabled people require ‘fixing’ and defines people by their disability.” Gaslighting: according to Medical News Today , “is a form of psychological abuse where a person or group makes someone question their sanity, perception of reality, or memories. People experiencing gaslighting often feel confused, anxious
Read more 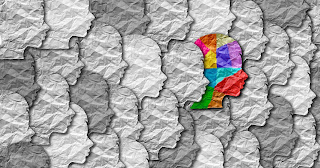 If I identify as PDA,  and some 'diagnosed' don’t like it.  I just say – get on ya way I could not care one bit But reality is, that I do mind Because it makes me less inclined To be the me I'm wired to be I mask in class I mask on task I’m holding it all in  You can’t see how my avoidance  Is taking toll within It is obvious to me  That I have ADHD But as I am yet to get the proof and until that comes, does that mean I'm just a goof These things are me, my  identity   it’s not yours to question that is my suggestion. Rejection sensitivity, creates a fear in me That I’m not your cup of tea A part of me couldn’t care less Another part feels intense distress  So, when my identity is discussed You really must Include me You seee… You don’t know my inner world Like I do not know yours Our Neurodiversity may be similar, by definition, but personalities shape us too to make our composition
Read more